William Hall, D.M.A., is the founding dean of Musco Center for the Arts, a professor of music at Chapman University since 1963, and the first distinguished professor to hold the Bertea Family Endowed Chair in Music. Maestro Hall has taught and directed at major conservatories of music around the world. An Orange County icon, his William Hall Chorale was under contract to Columbia Artists Management for more than thirty years and sang throughout the U.S. and abroad. In 2013, William Hall was honored with the naming of the Hall-Musco Conservatory of Music in recognition of his 50 years of outstanding service to Chapman University.

Chapman University invites you to celebrate this inimitable legacy with a gift in support of the William Hall Legacy Endowment. In contrast to gifts to the Chapman Fund, which is used for immediate needs, gifts to an endowment are not spent, but rather invested, so that part of the annual distribution can provide a steady flow of income each year. The William Hall Legacy Endowment will exist in perpetuity, and annual interest income will be used to enhance Musco Center programming, technology, and the facility while helping to ensure the fiscal health of Musco Center for the Arts far into the future.

For more information on making a gift to the William Hall Legacy Endowment, please contact:

Learn About Our History 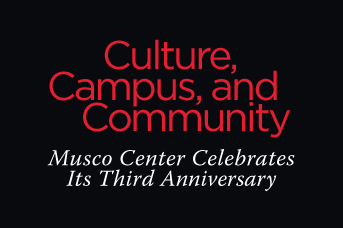