La Santa Cecilia La Santa Cecilia, named after the Roman Catholic patron saint of music, takes inspiration from music around the world, creating their modern Latin rock sound by mixing together cumbia, bossa-nova, rumba, bolero, tango, jazz and klezmer music. Accordionist and requinto player Jose ‘Pepe’ Carlos, bassist Alex Bendaña, percussionist Miguel ‘Oso’ Ramirez, and vocalist ‘La Marisoul’ write songs about love and loss, which resonate with their fans, especially the bicultural community in the United States that appreciates the Latin American influences in their sound. Graciela Beltran and Lupita Infante with Mariachi Grullense Two talented singers of modern and classic ranchera music headline Heartbeat of Mexico’s Sunday festival, backed by a full mariachi.  Graciela Beltrán MTV has hailed Mexican-American singer Graciela Beltrán as "one of regional Mexican music's most influential female voices” and praised her for asserting a woman’s place in the genre. Beltrán began sharing her voice with the world at just six years old, singing at restaurants and parties. Her career blossomed when she began collaborating with local Los Angeles norteño, banda and mariachi musicians and then took off when she was spotted by EMI record executives. Her discography includes more than 20 original titles and she was included on the album Las Reinas Del Pueblo, along with the beloved Mexican-American singer Selena. Lupita Infante The granddaughter of Pedro Infante, singer Lupita Infante has been gifted with her own beautiful, passionate voice, which brings to life the Norteño and Mariachi music that she sings. Infante has graced the stage at some of the largest Latin Music festivals in Southern California, including The L Festival, where she shared a lineup with stars such as Juanes, Marco Antonio Solis, and Alejandro Fernandez. She also performed at the prestigious Mariachi USA festival, representing ranchera music in Los Angeles. Previously she was a contestant on La Voz, the Mexican version of The Voice. 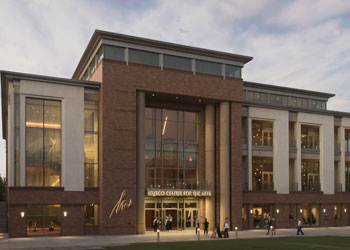